Hidden in the green oasis of Grapevine Canyon in far northern Death Valley, the Death Valley Ranch, or Scotty’s Castle as it is more commonly known, is a window into the life and times of the Roaring ’20s and Depression ’30s. It was and is an engineer’s dream home, a wealthy matron’s vacation home and a man-of-mystery’s  hideout and getaway.

Walter Scott, Death Valley Scotty, convinced everyone that he had built the castle with money from his rich secret mines in the area. Albert Mussey Johnson actually built the house as a vacation getaway for himself and his wife Bessie. Scotty was the mystery, the cowboy, and the entertainer, but he was also a friend. Albert was the brains and the money. Two men as different as night and day, from different worlds and with different visions – who shared a dream.

“Moonlight anywhere is a delight. But there’s no moonlight in the world that can compare with the moonlight in Grapevine Canyon, our desert canyon, where the Castle stands.” -quote by Mrs. Bessie Johnson from Death Valley Scotty by Mabel © 1932 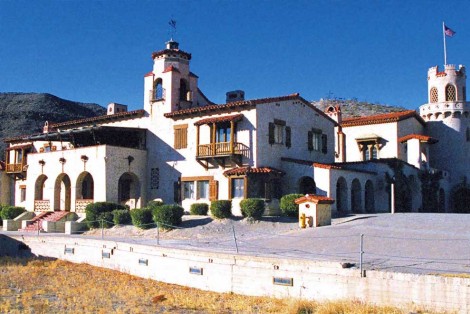